Already today we face a fivefold increase, compared to 50 years ago, It also hugely effect on animals. Only in Australia’s Black Summer bushfires (2019–20), for example, burned 186,000 square kilometers and are estimated to have killed or displaced three billion koalas, kangaroos and other animals. A warmer climate creates an atmosphere that can collect, retain, and unleash more water, changing weather patterns in such a way that wet areas become wetter and dry areas drier.  Animals may find their habitats are no longer able to support their biology, such a polar bear who lives lived in the Arctic, where they use the region’s ice floes as they hunt seals and other marine mammals.Temperature increases related to global warming have been the most pronounced at the poles, where they often make the difference between frozen and melted ice. Polar bears rely on small gaps in the ice to hunt their prey. As these gaps widen because of continued melting, prey capture has become more challenging for these animals.

Carbon dioxide emissions are the primary driver of global climate change. It’s widely recognized that to avoid the worst impacts of climate change, the world needs to urgently reduce emissions. What can we do about It? Practice useful habits as take a walk to the workplace, drive a bicycle at the trip, prefer electro cars.

Another global problem is the threat of waste to the environment, health and safety is huge. And so are the financial and social ramifications, waste experts say. Pollution runs into rivers and seeps into ground water. Flooding is caused by garbage clogging drains, and the atmosphere can be poisoned by the toxic discharge from trash. When waste is not collected, the frequency of illness such as diarrhea doubles and acute respiratory infection — linked to the burning of waste — is six times higher. For a bird or fish or turtle, it is easy to mistake a small piece of plastic for food—especially when there are millions of pieces of plastic floating in our rivers and ultimately our oceans. When animals ingest plastic waste, it can block their digestive tracts. As a result, they starve.

In BEAR SANCTUARY Domazhyr every team member realize how important is our input into environmental protection.That is why BEAR SANCTUARY Domazhyr respectfully use natural resources. Sustainability is a very important part of our mission to while providing the highest standards in animal welfare. For instance, all rainwater we collect and using four different technical needs as watering lawns, cleaning and as an additional water resource in case of fire. In the sanctuary we are successfully using solar panels. Solar reduces water pollution. While all manufacturing processes require some water, including those used to make solar panels, the total amount of water needed to generate solar electricity is dramatically less than more traditional electricity sources. With solar energy, there is almost no risk to local water resources, nor does their operation strain local supplies by competing with agriculture, drinking systems, and other vital water needs. Besides, for driving through the territory we have an electro car that charging from solar panel.This will reduce greenhouse gas and CO2 emissions.

Have you noticed different garbage containers in the sanctuary? We have special containers for plastic, paper, glass, and organic waste for compost! Besides, we are not using plastic bags and reducing plastic packing. What´s more for everyone we have a special lesson "Sort correctly", where everyone can learn how to properly handle the waste! 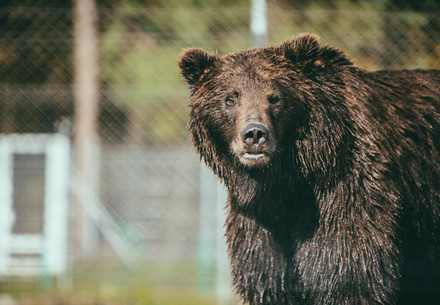 The card that lets you visit our bears year round! 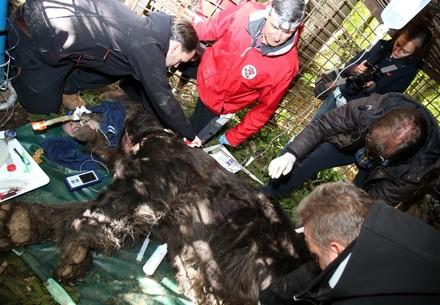 Teamwork for our bears

Measures in times of corona

We are well prepared and care for our animals