Potap was the first bear who was rescued to BEAR SANCTUARY Domazhyr.

As a little cub,  Potap had to face the trauma of the circus, to be sold later on to his new owner, who kept him for 9 years in a tiny cage next to his restaurant as an attraction for his visitors. The cage where Potap had to suffer for all these years was no bigger than 3m wide and 1.5m long, and with these conditions, when Potap was fully grown, he could barely stand upright. As the business didn't go as the owner planned, and the restaurant was closed, Potap was left in the fate of local activists, who provided food for him as a temporary solution.  He eventually found a life-long home at our sanctuary.

Now, Potap is a very positive and friendly bear. He likes to play, swim, and solve various tasks.

Potap in his new home

After so many years of life in misery,  Potap is finally living an appropriate life for his species, at his forever home in Domazhyr.  Potap was incredibly relaxed and carefully explored each corner of his new surroundings. Today, he enjoys the variety of fruit offered to him, especially the melon and oranges, and he goes especially crazy for fish!

He is currently housed with bear Masha. 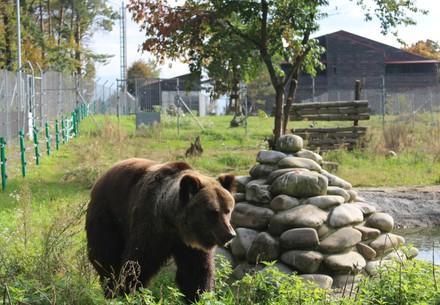 The female brown bear came to our sanctuary on August 30th, 2021 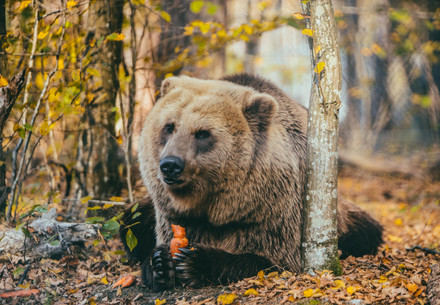 The female brown bear came to our sanctuary on September 22nd, 2020 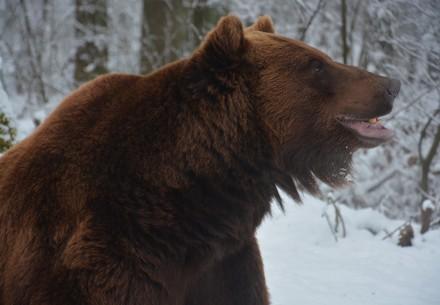