Bear Frankie was born in 2014 in Cherkasy Zoo and first kept there, then he belonged to the company from Nikopol (Dnipropetrovsk region, Ukraine). He was most probably used for circus performances, and never knew much of an existence outside of a cage.

After this time, he was moved to Pokrovsk Zoo where the conditions were so terrible that the authorities confiscated him. He was rescued alongside Anya, who also had been moved around various facilities during their short lives. Since January 2019 they lived temporarily in Home Zoo.

Frankie got his name from donors, Animal Friends from UK project.

Frankie in his new home

After arriving, it was not so long before he discovered the enclosures pool, where he spent over an hour enjoying their newfound freedom!

As a young bear, Frankie is healthy and really enjoys the spacious enclosure he shares with Anya. They have changed fur in preparing for winter and they look really beautiful. They have an amazing appetite. They`ve got one big den, which will be cleaned and they'll get a lot of straw so that they can make their own bed.

The two bears are very happy together. 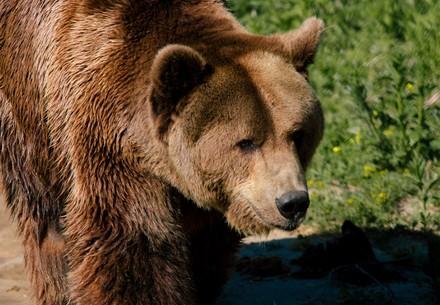 The male brown bear came to our sanctuary in October 2017 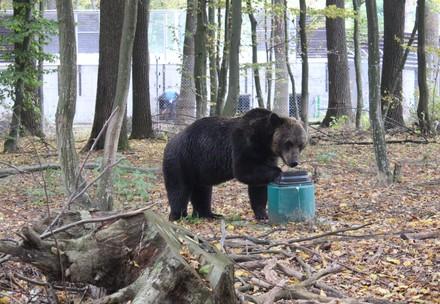 The male brown bear came to our sanctuary in September 2020 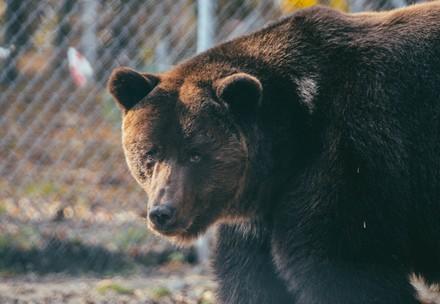 The male brown bear came to our sanctuary in November 2019